May 17, 2020
In painting I have chased the light but it was not until I painted shadow that I succeeded in its glow.
The natural tendency was to simply paint in tones that were lighter and lighter though it just never reached the point of glowing that I looked for or envisioned. Try as I might it just wasn't there. Did it need more white pigment? Was it a different brush or paint brand? Was it painting at a different time of day? I ran through all of the "what if" and "how to" without success. I sat in the sun, I sat in the shadow... I walked in and out of the heat and coolness. I pushed my paint around the canvas until that day the light grew out of the darkness. It was understanding that the light and shadow are most impactful when each is at full strength! The lightest light can only exist juxtaposed to the darkest dark. I had to be "all in, committed to the extremes. Application of anything less resulted in a mediocre representation of what I hoped to achieve.
Perhaps it is the extremes by which we are moved, that our eyes catch what otherwise would go  unnoticed.
"There is strong shadow where there is much light." ~ Johann Wolfgang von Goethe

Ps... I could go on philosophically and psychologically here while writing during a pandemic but I think you get the analogies...and I'm off to the studio to paint!

Penny Hood said…
Metaphorically speaking..... I love what you are implying. AND... your paintings are wonderful!

Popular posts from this blog 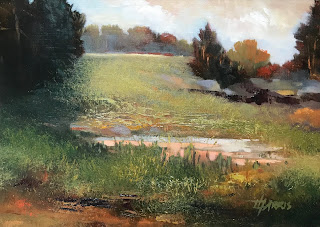 So where have I been? Long story,short answer...here is where I am!

Five years away from blogging but miles along my journey as an artist. I've studied, painted and exhibited watercolor, mixed media,acrylic and now oils.
Many art shows later,cross country trips, 2 different homes ...5 grandchildren!
I've landed in a place that has brought me full circle...wanting to share my work ,my techniques, my studio and experiences as a dailypainter.
I hope you will continue to seek me out . I'll be right here.

Please take time to scroll through my older posts to get to know my work of my past to see where I now have come.The life of an artist is a wondrous journey if you choose to take the first step...walk with me ...again.
Read more 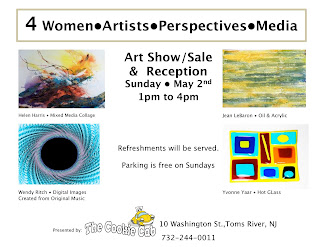 I am ever hopeful of returning to my studio to paint on a regular basis. Towards that goal, I am hosting an Art Show & Sale @ The Cookie Cab which will include my work as well as 3 other talented local women artists. I invite you to join us.
Read more 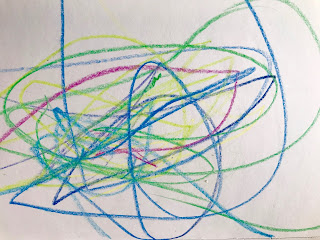 The Scribble has been with us throughout our lives. Beginning in those first joyful movements as a toddler . Every motion a wonder to those around us and an effective diversion used to distract us from mischief! Oh the joy! Until that question ; what is it? There was a pause in our crayon fisted hand as we pursed our lips but with absolute confidence named our creation. Seeing the  questioning but adoring look of the adult that asked,we persisted .
The Doodle ...ah yes those filled in spaces that connected .We forced closure and form upon our scribbles. Adding ink blotted lines that became boxes and mazes, circles and faces over the notebooks,and textbooks of our growing years. Throwing in names and dreams of what we were becoming but now we were the ones asking ; what is it?
The Sketch was born of ideas, past experiences and the  places we have traveled, the people we have met along the way. It is our observed reality or expressed creativity in the abstract. A combination of the joy …
Read more

Helen Harris
Mount Ephraim, New Jersey, United States
Well versed and known for my watercolor, acrylic and mixed media, I have added oils to my body of work. I'm always redefining my new path forward, since the shift and risk of growth in various medium has evolved over years. Each medium has laid the foundation for my next step of understanding in my chosen subjects of landscapes and seascapes. The focus on these images is a bridging of my childhood in the fields and mountains of upstate New York to the sands and beaches of my adulthood “down the Jersey shores.” Influenced by early graphic design studies to a more recent painterly technique my emphasis is creating movement, bringing a scene to life, by means of shifting clouds, swift moving waters and windswept grasses.

Promote Your Page Too